Firstly, this page does not meet the first part of that definition of regularly updated, so let's call it a Timeline.  Or even content that does not fit well on other pages.

Karin and I first relocated to Ireland from Oregon in the USA in 1996.  Our travels to and life on the Greek island of Paros included 2000- 2011.  See Paros Paradise Blog  Then back in Ireland briefly before ever-increasing stays in Prague: our blog and tour guide for Prague and the Czech Republic is CzechMates   As of 2016 we are back in Ireland and into our habit of travelling all the byways as well as many of the highways.

We hope you enjoy our photos and descriptions as we travel Ireland as insiders.  Kartin as been described by a friend as an evocative photo-journalist.  A recent example is an April weekend at a spa hotel in Ennistymon, Co. Clare.  Click on the photo to reach Google Photos.  To see descriptions you may need to click on the Info symbol. Or direct link:  https://photos.app.goo.gl/3w2Gu9cHKpozzUqn6 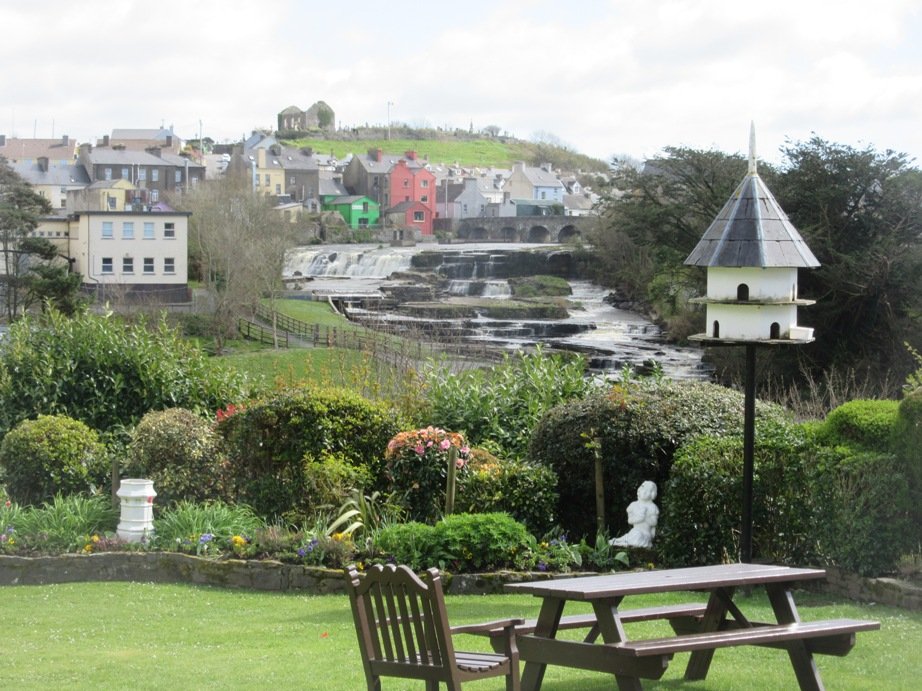 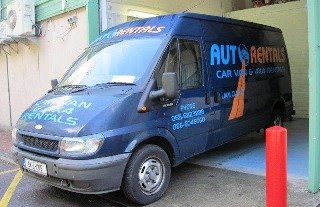 We landed at Shannon Airport early in the morning on 10 May, picked up our rental car and headed to Ennis to see the house that we had rented over the internet.  It turned out to be a mixed bag of good, bad and ugly; perhaps we will write more later.  For now I will just say we spent the first two nights at the comfortable West County Hotel.

I was up very early the next morning to return the rental car and catch the bus back to town to pick up the van I had hired over the phone.  It was twice as large as I expected. We drove three hours to Bandon in West Cork to retrieve our 35 boxes of junk and treasures that we had shipped from Paros and Prague.  They barely covered the floor of the van. 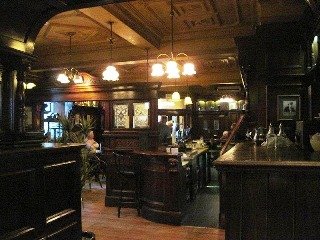 Karin rewarded my hard driving with a great pub supper at the Poets Corner.

About the time we were tired of house cleaning the annual Ennis Fleadh Nua started--nine days of music, dancing and more.  Most of the events are free but a few of the major concerts with well known stars are €12-15 per person.  On the weekends at least nine pubs had live music sessions and during the day street entertainment at a "gig rig".  That's where we saw this young group that were surprisingly good.

Neither Karin nor I are great fans of trad music but we do love seeing the musicians enjoying themselves.  Most sessions are so inclusive, everyone truly welcome to show what they can do, good or bad.  The a cappella solo singers are truly heart warming.  Though we did notice all the male singers were old and all the young singers were female, so maybe it is a dying art.  The old-timers certainly talk how different it was before microphones, TV and the like.

Karin does love the dancing.  At the afternoon sessions she was able to stay on her chair when the dance floor started filling but at night after a half pint she always connives to get out on to the floor. 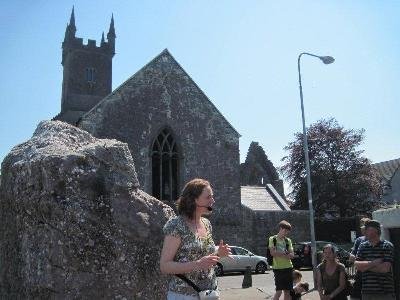 We also took advantage of the festival to get a free walking tour that normally has a fee.  We were impressed with the number of major events in Irish history that are connected with Ennis.  I will write more on that in the future.  The tour guide was a local girl who told all the fun stories as well as the official history.

When we lived in West Cork we travelled every road there--more than any of of the locals did--as well as most other parts of Ireland. Now in Co. Clare our first excursion was to Galway.  Find Karin's photo journal here:  Galway

So not much of a blog, I know.  Yet we have lots of personalised Ireland travel information throughout the site.  Find it on our sitemap . . .

Shannon River and Walking in Co. Tipperary, a Great Day in the sun